Popular shoujo manga “Skip Beat” have had 10 million copies of its 30 volumes in print as of the 19th of this March. This year is also its 10th anniversary of serialization. Bookstores all around Japan are celebrating its triple landmark: 10 years, 30 volumes, and 10 million copies sold. Entertainment reporter Noriko Shoji was invited to host the celebration.

“Skip Beat” (also known as “Extravagant Challenge” and “The Super Star Tomorrow”) is written and illustrated by Yoshiki Nakamura. It’s serialized in shoujo manga magazine “Hana to Yume” and published by Hakusensha. An anime adaptation is produced by Hal Film Maker, and began airing October 5, 2008.

It is the story of Kyoko Mogami, a 16-year-old girl who discovers that her childhood friend and romantic goal, Sho Fuwa, only keeps her around to act as a maid and earn his living expenses, as he works his way to become the top pop idol in Japan. Furious and heart broken, she vows to get revenge by beating him in show business. 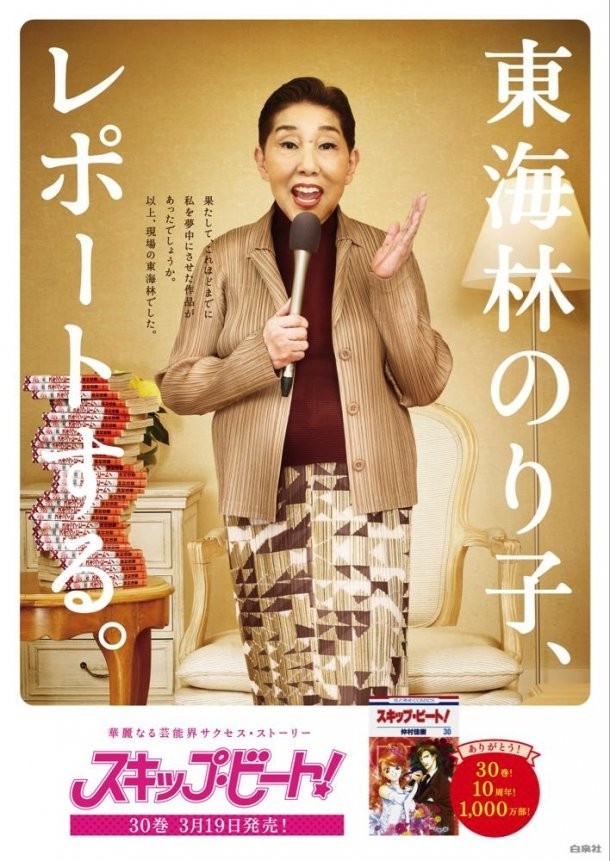