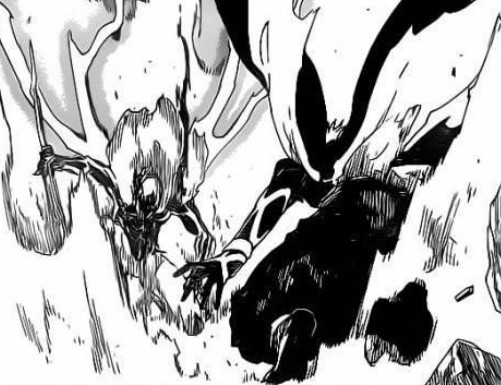 As always the same, the new chapter keeps its cool pics and boring feelings. Although it became some better now...

However, I think the fighting comes to an end, finally. (Fof the god sake) 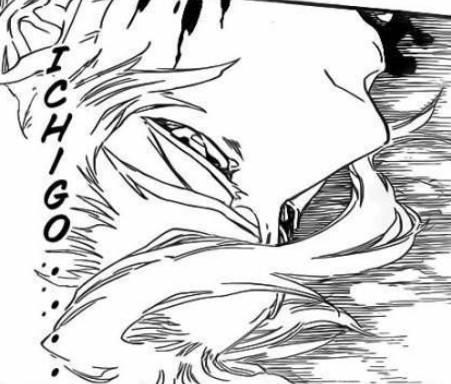 I'm glad Tsuki is alive he is an awsome character, I wonder how did he heal though.(Seems promising, thank god tsukishima wasn't trolled, but rukia is trolled again ...)

Also we finally knew where Riruka had been. I know that it was weird that she just disappeared like that.

Trolls will be trolls, I knew Tsukishima would still be alive, he is too unique a character to die off like that. 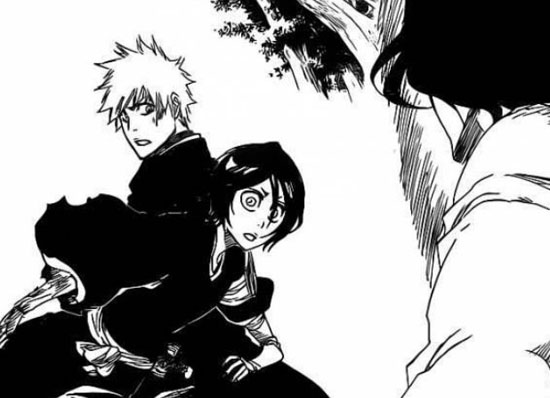 Anyway, now we can get more information on how Bookman met Ginjo back story! 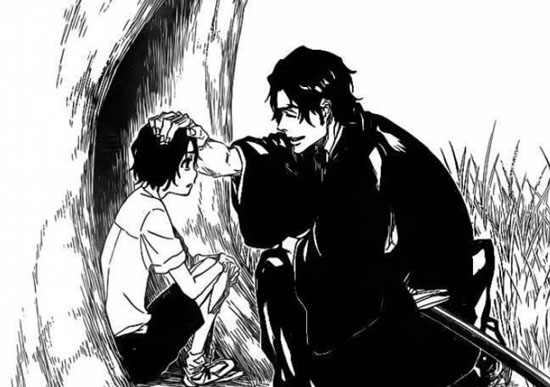 What will happen next?

Note: This article is written by L, one of the fans of Mangahere, and we post this for a better communication for our fans or manga lovers, so the points of this article has nothing to do with Mangahere.

銀城と、イチゴ闘って
Ginjou and Ichigo fight.
銀城倒れる。
Ginjou goes down.
イチゴと銀城見つめあう
Ichigo and Ginjou stare at each other.
イチゴの背後から、月島切りかかる
From behind Ichigo Tsukishima comes swinging his sword.
間にルキアが出てきて、ルキアの胸が開いてリルカが出てくる。
While this is going on Rukia appears. Her chest opens up and Riruka comes out.
リルカ切られる。
She's cut by Riruka.
どけと叫ぶ月島
Tsukishima says to get it done.

子供のころの月島一人で座ってると、死神銀城が来て
As a child Tsukishima was sitting alone when shinigami Ginjou comes.
「お前も一人なのか?」
"So you're alone, too?"

Bleach 476 The Captains head home to SS. Ginjou vs Ichigo, and ends with Ichigo cuts Ginjou with a single stroke!  WOW, I have to say the plot is a little boring now~ make it more interesting!!!

SO GAME IS OVER? Or another counterattack from Ginjou?!

Leave your comment and discuss what will happen in Bleach 477 with other bleach fans! 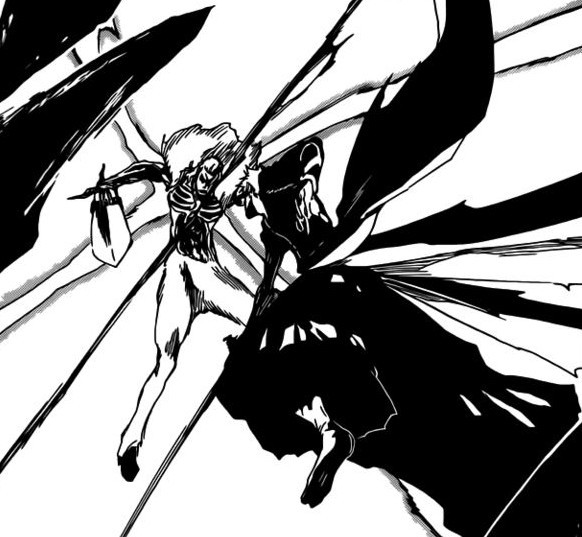 Find out story on Bleach 477 SPOILER  第477話 at Mangahere.com. if you would like to discuss the Spoiler or prediction, please leave a comment below. And enjoy yourself~ 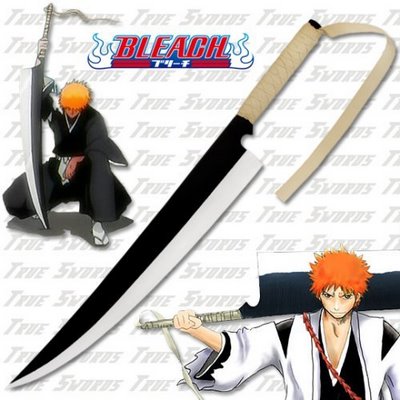 Trivia: Ichigo’s Zanpakutō, Zangetsu, was voted the 3rd most popular Zanpakutō in the Zanpakutō popularity poll, while his Bankai, Tensa Zangetsu, was ranked 10th. End of Bleach 477 Spoiler